2019 has been another successful year for GCSE results at Harris Academy South Norwood.

58 students took triple science, with 9% of entries achieving the new ‘super’ Grade 9, which is equivalent to an A**. 7% of English entries were awarded a Grade 9.

We would like to congratulate everyone who received results this morning and to single out the following members of our school:

“Today’s results reflect the many, many hours of hard work that our students have dedicated to their exams. They can feel justifiably proud of a strong set of results.

“I am particularly pleased with our students’ amazing achievements in Computer Science where 80% of students passed and in languages, with almost 300 entries in modern foreign language GCSE. They achieved a strong set of results across a challenging and diverse set of languages, including Mandarin, Portuguese, Spanish, French and Italian. We are an outward facing school whose students are looking to the future.

“Well done, congratulations and thank you to all students, as well as the inspirational teachers and parents who supported them through their examinations.” 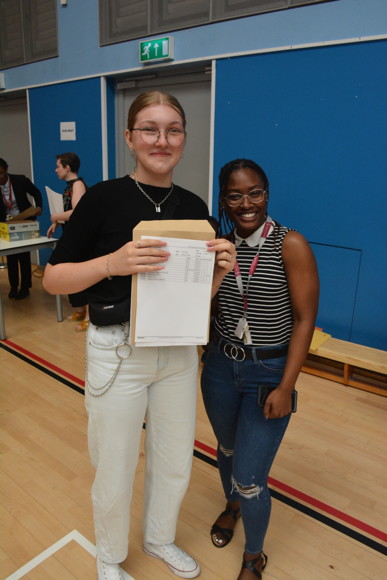