2020 edition of Norwood's Got Talent

On Thursday 5th March a packed hall at Upper Norwood witnessed the 2020 edition of Norwood's Got Talent. Our Fifth annual Academy Talent Competition.

The 2019 winners, The Sixth Form Band, opened the night and then handed over to our hosts: Aaron & Jason, (HASN's answer to Ant & Dec).

After the judges votes and audience votes were counted we crowned LAILA-JAID our winner. The year 11 student won with a breathtaking and haunting rendition of Burn from the hit-musical Hamilton. LAILA-B (Year 11) came in second place with her unique version of Never Enough from The Greatest Showman and Elizabeth (Year 9) came third singing and playing here ukulele.

The staff lip-sync battle returned and Miss Bryce was crowned Champion of 2020 following a never to be forgotten performance.

Thanks to all that performed and attended the evening 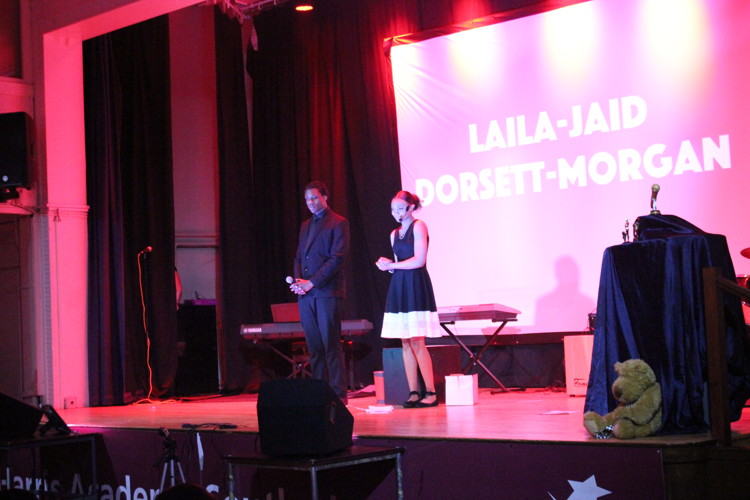