The Harris Academy South Norwood production of Taming of the Shrew for Shakespeare for Schools Festival will not be forgotten. From the very beginning, the commitment and enthusiasm of the students involved was obvious as they not only learnt their lines but began to truly understand what they were saying and how they should be delivered. From hours of rehearsal to the final performance, all students showed true commitment and responsibility to not just their role in the performance, but to their role within a cast and to the casts performing with them on the night. We were most proud not of their performance but the way in which they conducted themselves. This highlights the value of participating in Shakespeare for Schools Festival; new friends were made, a deeper understanding of Shakespeare was gained and a love of the theatre was fostered. 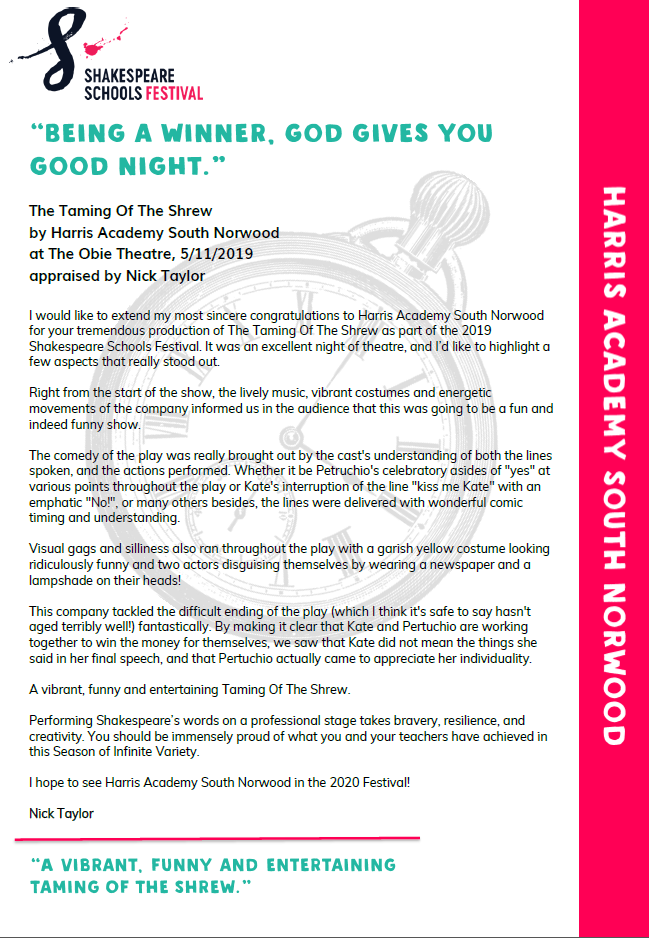