Unfortunately beaten in today's final but our girls did us so so proud! Even beating Fulham en route to the final!! #ItsComingHome Thanks @StreetChildUtd for a fantastic day. https://t.co/dB91mfasUL

Our girls just lining up for a final vs @girlsunitedfa at the Football For Unity competition @StreetChildUtd https://t.co/H1zzv39mr4

Congrats to Salman and Sandra who have won Bronze IGY Scholarships to help pay for their University fees, a deserved and well-earned achievement! #Scholars #FutureScholars

To celebrate #worldtheatreday2021 here are some throwback shots from of some of the fantastic shows our Performing Arts Team have put on! #Musicals #Performing #Hairspray #Fame #SisterAct #SchoolOfRock https://t.co/6gxripB6Ve

We're very excited to share that the Runner-Up in the London regional competition of #BBCYoungReporter is one of our star media students Oreoluwa! Congratulations from everyone at @HASN_NEWS https://t.co/JC4Ishlcyh #Ambassador

Some terrific examples of the great work happening in the art department this term! #TalentedArtists https://t.co/wkCyJFRhSE

Time to read the first edition of The Clocktower - the brand new newsletter of Harris Academy Clocktower! https://t.co/F4ldiEM9rz https://t.co/QUxojOJ2rY

Congratulations to all these students for topping the Hegarty Maths Spring Leaderboard #numeracy https://t.co/i4h5vQhXKd

Congratulations to all of these students for topping the @Bedr0ckLearning Bedrock Vocabulary leaderboard! #literacy https://t.co/jk1KVzqf08 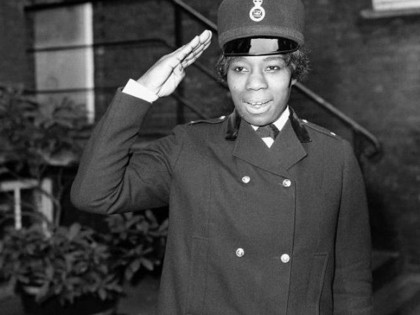 Fay Allen,  was the first non-white woman police constable in the United Kingdom, serving in the Metropolitan Police in London from 1968 to 1972.

Allen was born in Jamaica. She qualified as a state registered nurse and worked at the Queen's Hospital, Croydon.

In 1968 saw a recruitment advertisement in the newspaper, applied, and was selected. The first black male officer, Norwell Roberts, had only joined the Metropolitan Police the previous year.

"On the day I joined I nearly broke a leg trying to run away from reporters," she told an interviewer later. "I realised then that I was a history maker. But I didn't set out to make history; I just wanted a change of direction."

After training at Peel House she was posted to Fell Road police station in Croydon, where she lived, on 29 April 1968, aged 29.

She experienced more prejudice from the black community than from her colleagues or from white people in Croydon, and was met largely with curiosity and considerable interest from the media, although the Metropolitan Police did receive some racist mail about her appointment, which initially made her consider whether she wanted to remain in the force. After a year in Croydon, she was posted to the Missing Persons Bureau at Scotland Yard for a while before being transferred back to
(En.wikipedia.org, n.d.)