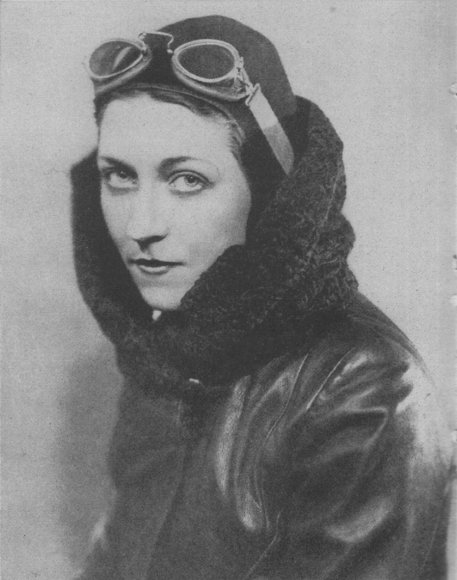 Amy Johnson CBE (born 1 July 1903; disappeared 5 January 1941), was a pioneering English female pilot who was the first woman to fly solo from London to Australia.

Flying solo or with her husband, Jim Mollison, she set many long-distance records during the 1930s. She flew in the Second World War as a part of the Air Transport Auxiliary

Johnson achieved worldwide recognition when, in 1930, she became the first woman pilot or aviatrix to fly solo from England to Australia. Flying G-AAAH Jason, she left Croydon, on 5 May and landed at Darwin, Northern Territory on 24 May 11,000 miles (18,000 km).

On 5 January 1941, while flying an Airspeed Oxford for the ATA from Prestwick via Blackpool to RAF Kidlington near Oxford, Johnson went off course in adverse weather conditions. Reportedly out of fuel, she bailed out as her aircraft crashed into the Thames Estuary near Herne Bay.

A convoy of wartime vessels in the Thames Estuary spotted Johnson's parachute coming down and saw her alive in the water, calling for help. Conditions were poor – there was a heavy sea and a strong tide, snow was falling and it was intensely cold. Lt Cmdr Walter Fletcher, the Captain of HMS Haslemere, navigated his ship to attempt a rescue.

The crew of the vessel threw ropes out to Johnson but she was unable to reach them and was lost under the ship. A number of witnesses believed there was a second body in the water. Fletcher dived in and swam out to this, rested on it for a few minutes then let go. When the lifeboat reached him he was unconscious and as a result of the intense cold he died in hospital days later